How did China become the world’s largest navy? What is his strength in the sea now?

By Robert Nelson on September 20, 2020
China has become the Biggest Navy of the World. Not only this, but it is constantly evolving. According to the state-of-the-art and the situation, his Navy is constantly being updated. Since 2019, the People’s Liberation Army Navy (PLAN) has anti-ship, anti-air and anti-submarine weapons and sensors such as modern Navy and multi-role platforms. It has become a matter of concern for America that China has become the biggest power in the sea.

The US Department of Defense (US DoD) released a detailed report saying that PLAN is working aggressively towards the construction of new ships as well as the renovation of all war equipment. Now two questions are important that how much power China has in the sea compared to America and what are the main aspects of America’s concern.

Comparison: American and Chinese Navy
According to the US Defense Department’s 2020 annual report, the world’s largest naval PLAN has a force of about 350 ships and submarines, including 130 key combatants. On the other hand, the US Navy’s combat force consists of about 293 ships. But in comparison, it is a matter to keep in mind that the ships that America has are quite large, of which 11 are aircraft carriers.

On the other hand, a fleet of Chinese aircraft carriers has come under discussion. The PLAN had an old and dilapidated Soviet carrier, but now the Made in China carrier is under construction and more than four such ships are being built that allow Air Force aircraft to fly. There are also reports of provision of state-of-the-art electromagnet launch system.

read this also :- Learn about the Charley Abdo, who then published cartoons of the Prophet

At the same time, in the case of other naval weapons, the US has deadly new hypersonic weapons faster than Mach 5, then China has launched Six Type Cruiser. Submarines are also Chinese strength. PLAN is also working for submarines with nuclear power and diesel power. China has become one of the few countries that also has nuclear-fired ballistic missile submarine.

What is China’s intention?
Clearly, in the western Pacific region, China aims to get ahead in the battle of domination and domination. The US may have a large number of aircraft carriers but with advanced features, China is strengthening its strength, which it can use to capture Taiwan. Not only this, after the second world war, now China is also ready to face America in the battle of carriers.

read this also :- How the health system in the world was broken by Kovid 19

Chinese ships and submarines have reached Guam and beyond bases in the Pacific Ocean. The Pentagon report is saying that in the coming years the sea power of the PLAN will become state-of-the-art and nuclear attack will also be submarine. The battle fleet of PLAN will also be able to target ground bases in the Indo Pacific region. At the same time, China has also launched the first Eushen class ambitious Assault Ship in 2019, which can prove to be dangerous for Taiwan.

Why is Mongol population angry in China now? Why are there protests?

Get to know Professor SM Akhtar, who will design the mosque in Ayodhya

What is China’s strength at sea?
To understand the maritime power of China, we should look at the PLAN’s war fleet in three maritime zones. 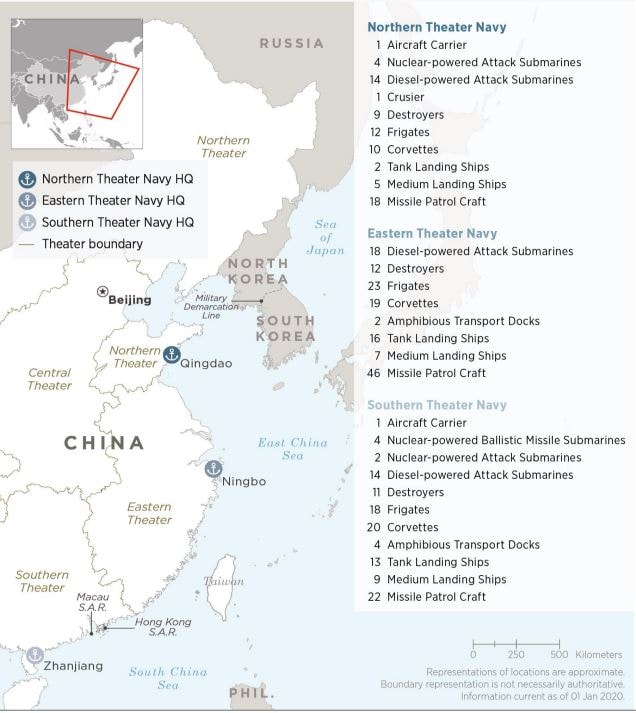 Assessment of China’s maritime power in the US Department of Defense’s 2020 annual report.

This means that China is fully prepared to challenge India and America in the South China Sea, Taiwan in the East and other islands in the North Sea. But the experience is there, the US Navy has more because the Chinese Navy has not yet fought any significant sea war, so the actual testing of its weapons is still pending. At the same time, it should also be noted that China’s Coastguard is also constantly modernizing and expanding.